Well, you’re probably sick of politics … but I think you’ll like this photo of “Fergie for President”. 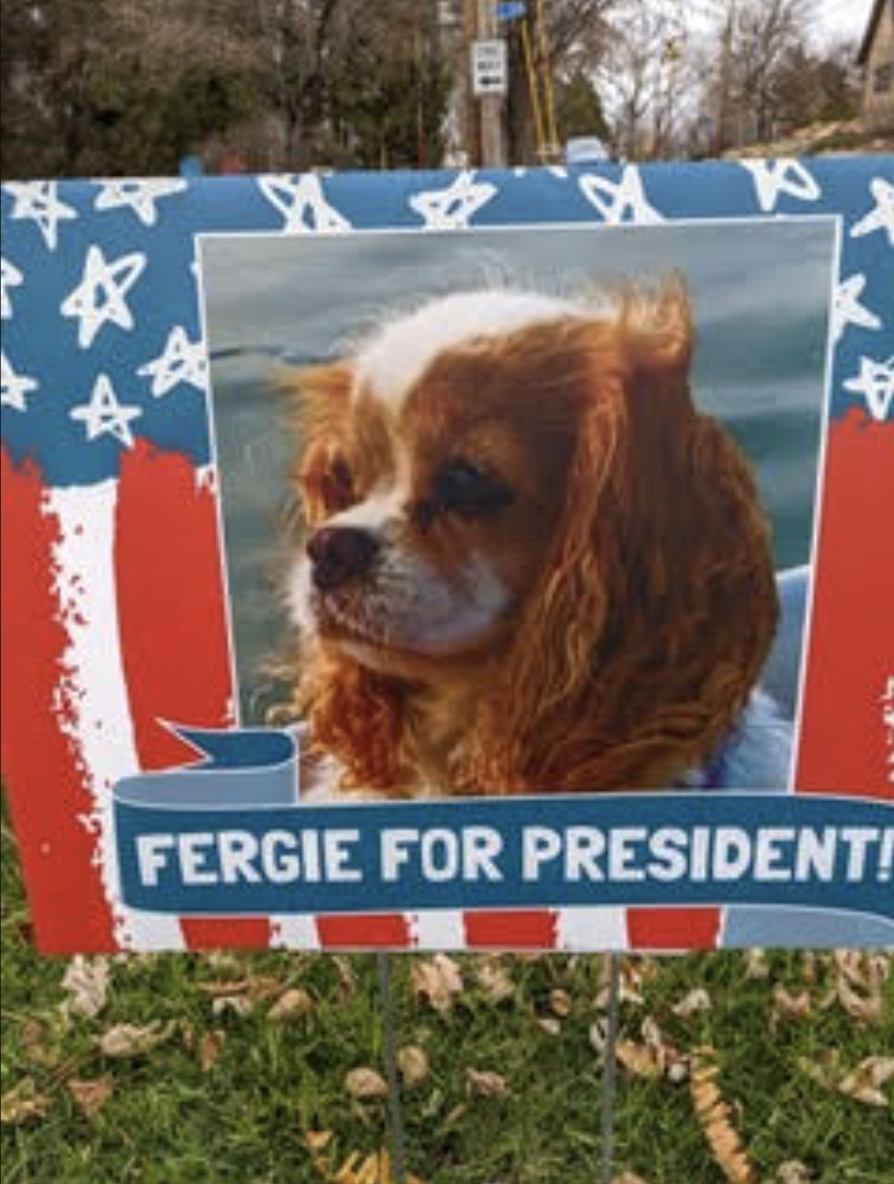 My brother Dan spotted it the other day on a lawn in Excelsior.

Before her run for office … Fergie had taken over the role of DRGC mascot.

I did not know she was a political animal. I’ve known her for many years as the pet of our Staff-member Ketti Histon.

Her talents mostly consist of demanding for treats.

She’s not subtle. And she doesn’t beg. She demands.

She thinks she’s in charge at all times.

Yet, she would not make a good President. Her arrogance is not an asset to leadership. Her lack of concern for others would lead to her being a demanding tyrant.

However … she is hilarious! Not intentionally … but definitely hilarious. So, her picture on a sign for President gives a much needed hilarity to politics in America.

And you may see more of her image in our DRGC marketing next year.

How can we not?

Tom Abts
GM/Head PGA Professional
This email address is being protected from spambots. You need JavaScript enabled to view it.

Ready to Book Your Tee Time?